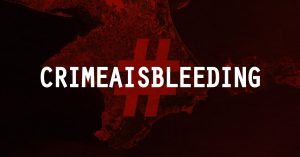 September 9, 2021. OTTAWA, ON. The Ukrainian Canadian Congress (UCC) stands in solidarity with Ukraine and the Crimean Tatar People in strongly condemning the latest wave of terror in Russian-occupied Crimea.

“We call on Canada and the international community to stand united against Russia’s campaign of terror in occupied Crimea, which has continued for more than seven years and is only intensifying,” stated Alexandra Chyczij, National President of the UCC. “Pressure on the Russian occupation regime must be increased by substantial strengthening of sanctions against Russian officials responsible for the egregious violations of the human rights of Ukrainian citizens.”

On September 3-4, searches were carried out at the homes of Nariman Dzhelyal, Deputy Head of the Mejlis, the Representative Assembly of the Crimean Tatar People, and other Crimean Tatar activists. Dzhelyal and several other leaders have been detained on trumped-up “sabotage” charges. There are credible reports that many of those detained have been subjected to torture at the hands of the Russian occupation authorities.

Searches and detentions have continued for the last three days. The authoritative Kharkiv Human Rights Protection Group (KHPG) stated that “Moscow is scarcely trying to conceal that this is in revenge for Ukraine’s inauguration of an international Crimea Platform and Dzhelyal’s participation in it.”

The UCC supports the call of Refat Chubarov, the Head of the Mejlis, for  “urgent international consultations within the framework of the Crimea Platform in connection with the illegal detention of the First Deputy Head of the Mejlis Nariman Dzhelyal and other representatives of the Indigenous Crimean Tatar People.”